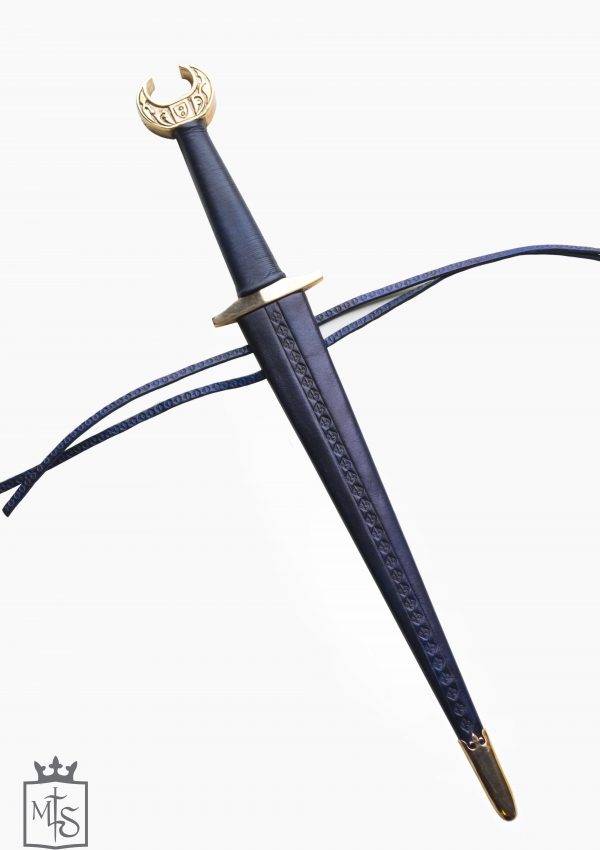 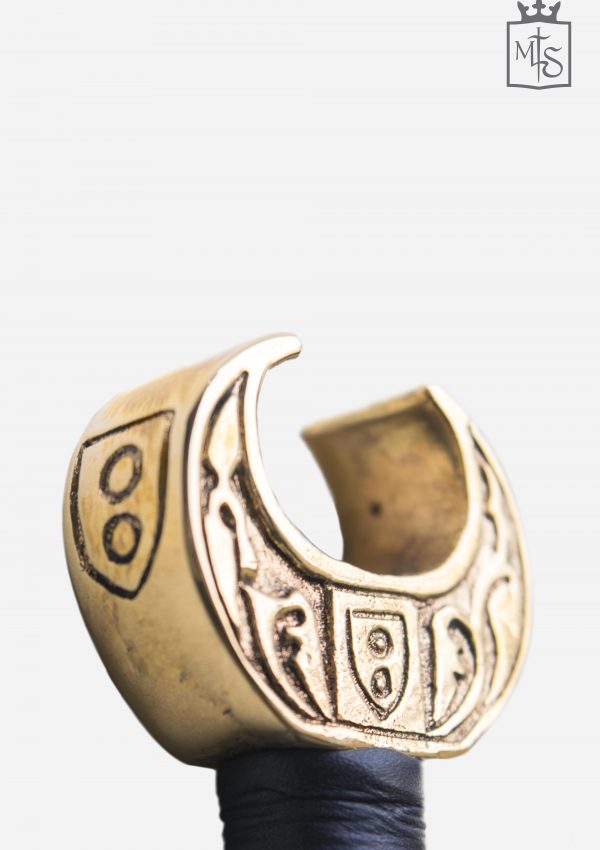 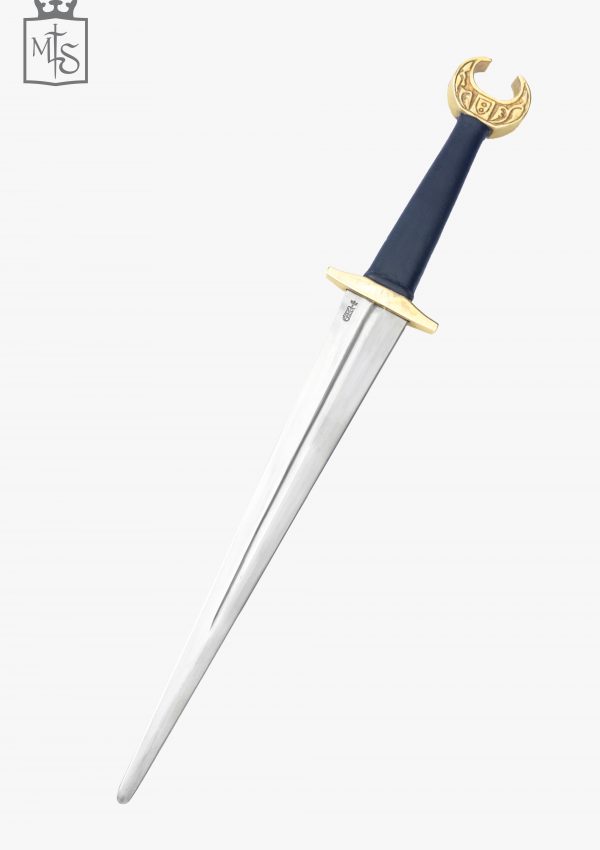 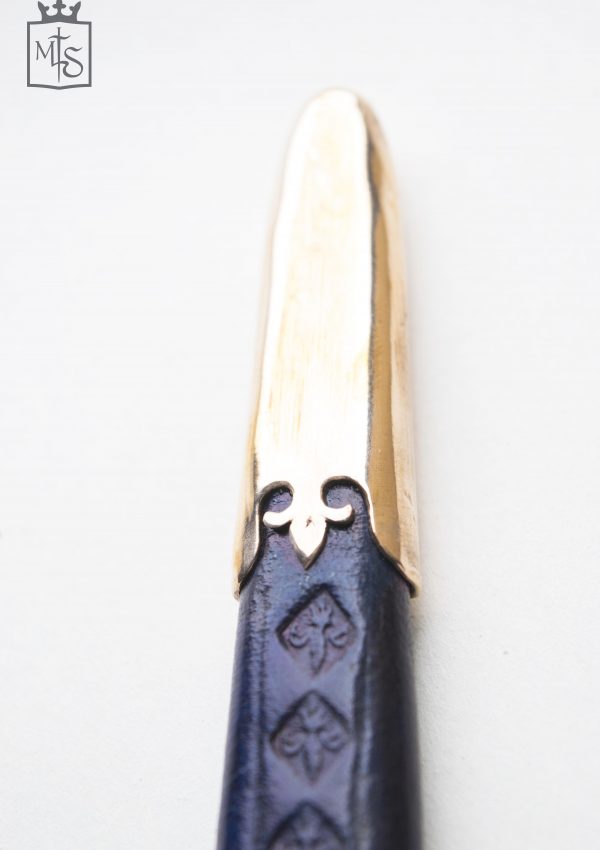 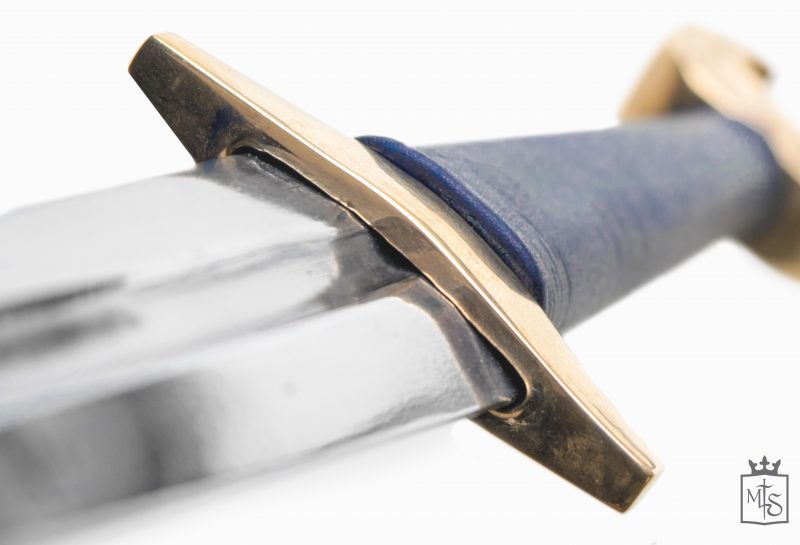 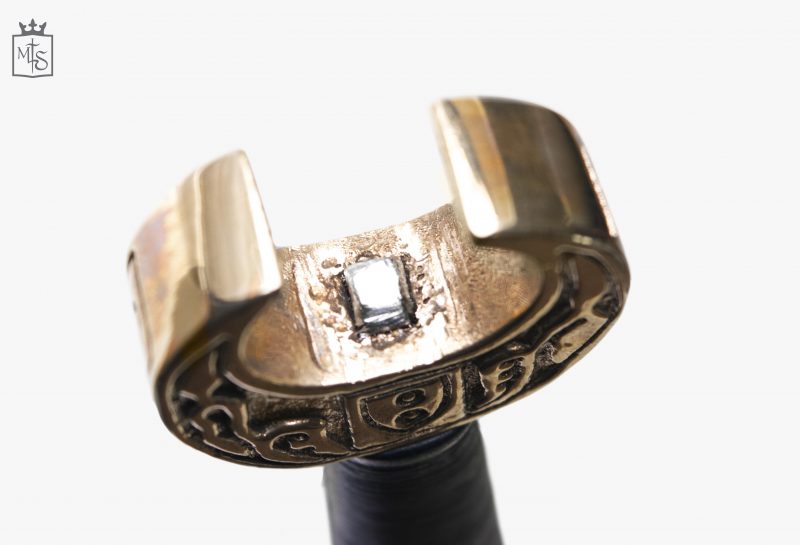 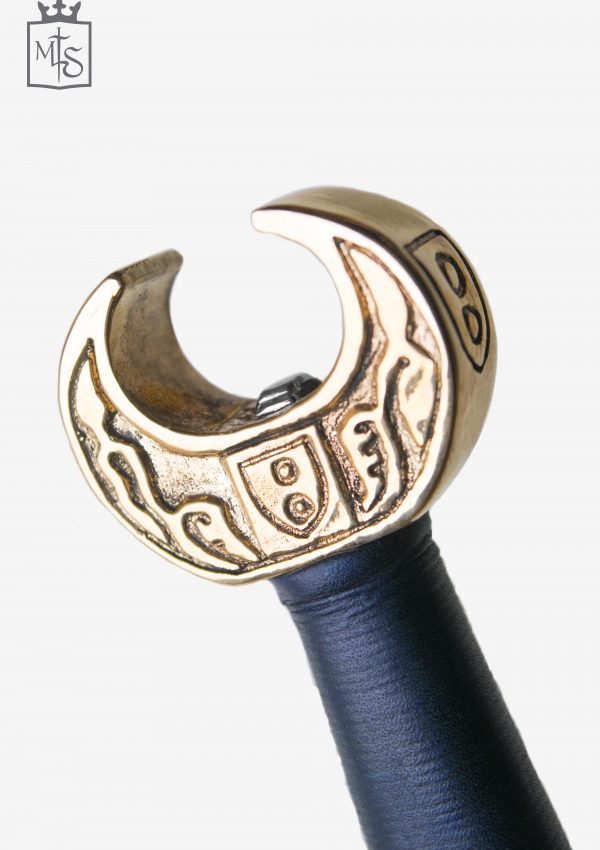 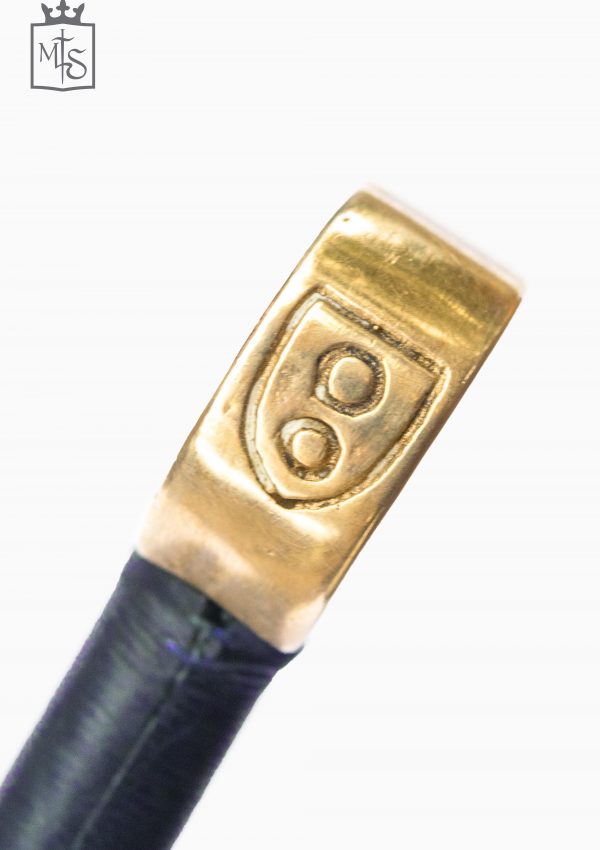 Guillaume de Durfort was a french condottiero leading the guelph army during the Battle of Campaldino in 1289. He was killed by a ghibelline “quadrello”, a crossbow arrow, that hit him in the eye. His tomb, our reference, is located in Santissima Annunziata Cathedral in Florence. The sheath and the handle are in a wonderful french blue, with fleurs-de-lys. The pommel is based on the crescent one found in Perthshire (Scotland), also compared to the specimen in Museo del Bargello in Florence. These are of a later period compared to Durfort’s reconstruction, but taking inspiration from these was the most coherent choice. The blade and guard were taken from the so called “Dante’s dagger” found in Campaldino and preserved in Dante’s House in Florence. This work was possible thanks to a wide research supported by the counseling of Dr.Giovanni Rotondi, Il Gatto e la Volpe Historical Jewelery.