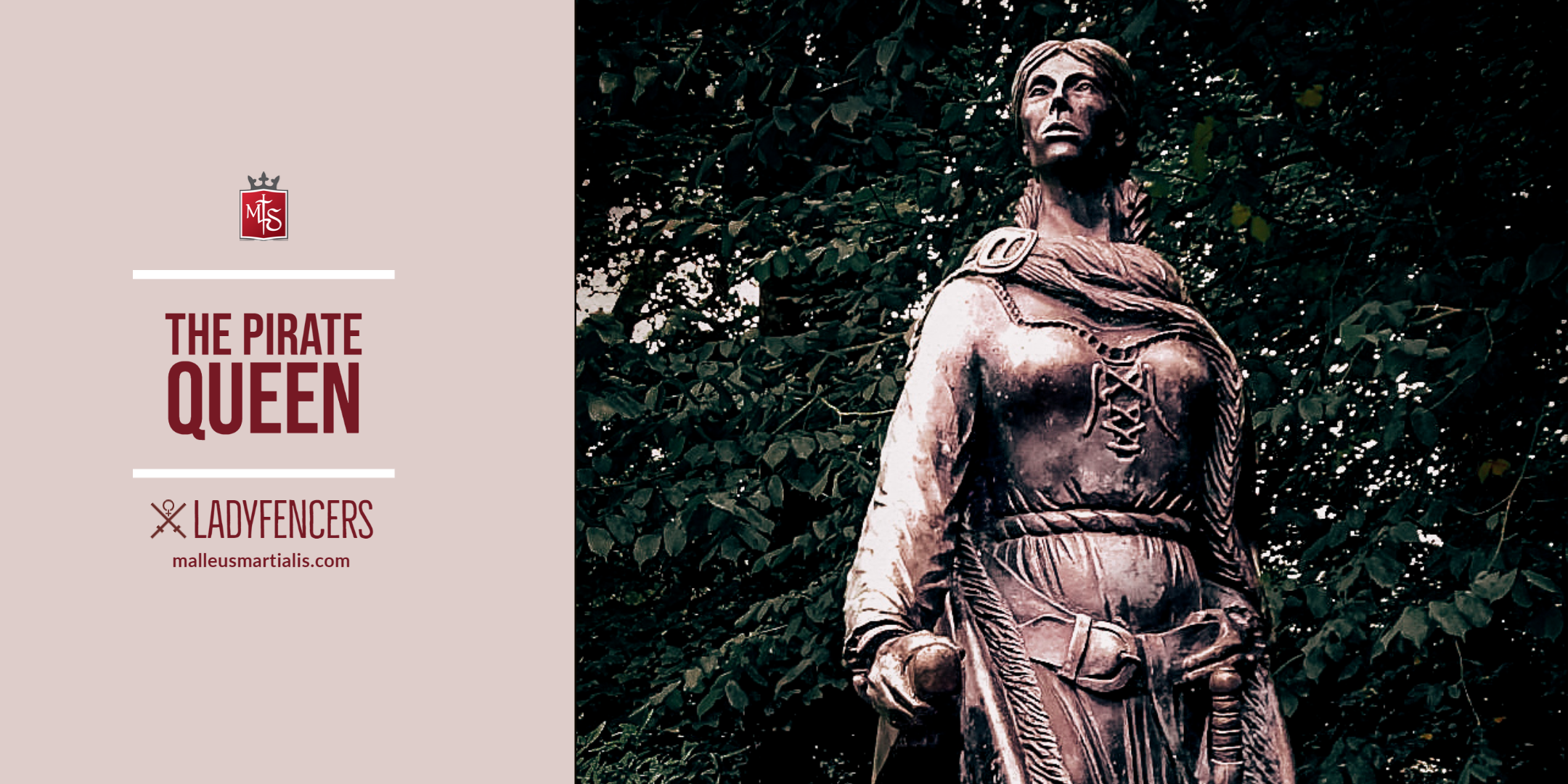 Here starts our “Ladyfencers” journey, from the social posts directly to our blog.
Who’s better than a siren, to introduce you incredible women-warriors during the centuries?

History and legend blend seamlessly when talking about Grace O’Malley, the Pirate Queen of Ireland, a woman so bold and ambitious to be still relevant today. We’d like to tell you her story.

Put a bunch of outcasts, renegades, criminals, weirdos and nut jobs on a boat. Send them afloat on a grog-fuelled, scabies-ridden voyage and what do you get? That’s right. Pirates!

It must have been terrifying to catch sight of a skull-and-crossed-bones flag from your peaceful merchant vessel, and for very good reasons. But piracy has always been a reliable source of good stories thanks to the eccentricity of characters such as the fabulous Grace O’Malley, exuberant woman-warrior who was literally off her rockers!

Heir of a sailor dinasty, when she inherited her father’s fleet and land, she didn’t leave the duty to her husband, as it was customary. No, instead she decided to step up and commandeer a little army, dedicating her life to seafaring, plundering and rebelling. Thus flipping a massive finger at the gender role stereotypes of the time.
Her father must have got a hint of what was to come when Grace, still a child, asked him to take her on a diplomatic trip to Spain. He reasonably refused, explaining that her hair would be hazardous on a ship, so chopped her mane off and went anyway. There’s quite some login in to that girl madness, right?

Behind her impetuous attitude there was a lucid, working brain. In fact she managed to grow her family’s commercial network with Spain and Portugal, and got strategically married twice to increase her land and political power.
In between marriages she genuinely fell in love with a sailor who, shortly after, was murdered by the MacMahon family. Guess what happened to them. One could hardly find one living MacMahon in Doona after the Pirate Queen of Connaught gave them the O’Malley treatment!

But our Grace wouldn’t be a proper Irish legend without having ruffled some English feathers. As it happened her actions didn’t go unnoticed in England, so that Sir Richard Bingham, the English governor who was appointed to rule over her territories, captured one of her sons and took some of her cattle and land.
Sir Bingham was powerful and ruthless, so Grace was cornered, and instead of going berserk on Bingham and his fleet, she had to choose a diplomatic path: she requested an audience with Queen Elizabeth I, who curiously accepted.

THE MEETING BETWEEN TWO QUEENS

Grace parked her ship in the middle of the Thames and swaggered in the Palace with a simple request “free liberty during her life to invade with fire and sword all your highness’ enemies without any interruption of any person whatsoever”.
Basically she wanted to keep her independence and keep on pirating, but in a way the Queen would be cool with. And she was. Perhaps moved by the plights of Grace, instead of throwing her in the Tower of London, she sent her back home with a signed letter ordering to free her family and restore her lands. 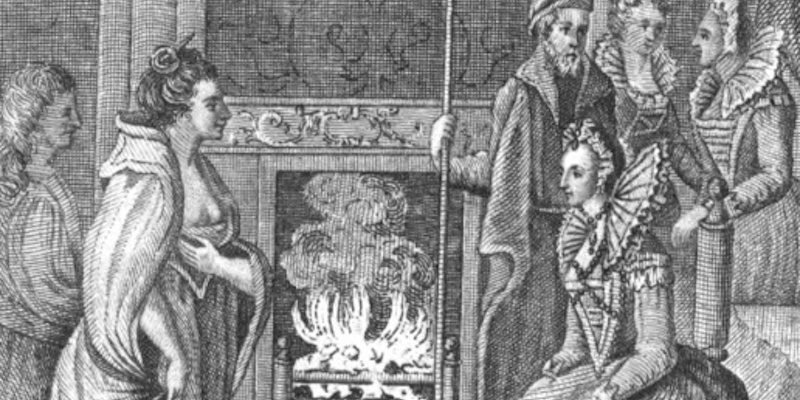 The meeting went surprisingly smoothly, all things considered, and it makes me wonder if, were there two men instead of two women, it would have ended in a bloodbath. Surely her being a woman didn’t play well with her role in history.
Despised by her English enemies, and feared by local aristocrats and church, her name survived mostly on folklore, thus making it hard to discern the real events behind the legend.
She was a remarkable woman, who fought her way through life in a time when freedom for women was rather limited, and she lived up to her seventies who wisely mixed warfare and diplomacy and even managed to carry a dagger to her meeting with the Queen…of course “for her self-defense”.

There are many songs and legends passed from minstrel to minstrel about the untameable Grace, the cropped-hair girl, the Sea Sovereign, the Irish Pirate Queen. Like this excerpt we chose, from Irish Minstrelsy by James Hardiman.

If you’d like to read the whole song and more poems about her, don’t miss this collection!
See you for the next episode, ol’ Sea Dogs!