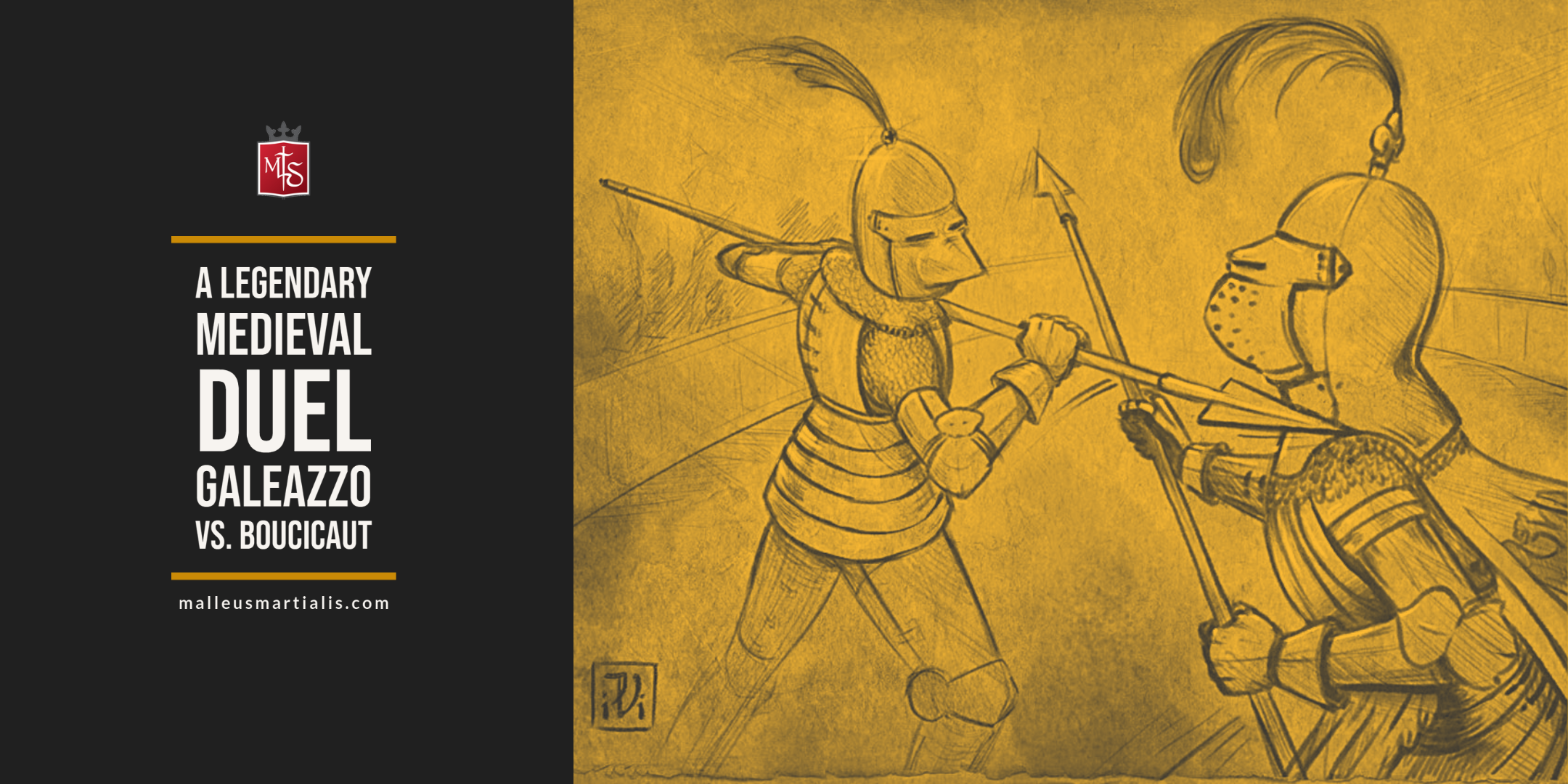 Galeazzo da Mantova and Jean Le Meingre, called Boucicaut, Marshal of France, were important knights at the time they fought, in 1395 in Padua.
A timeless story of rivalry and dissing, which we imagined narrated by Galeazzo himself.

As I approach the lists I shudder, not for the sight of my enemy, but for the sight of the people. Hundreds, thousands crowd around the piazza, climbing on each other’s shoulder, perched on roof tops. Everywhere. I’ve seen multitudes in a battle field, but this many civilians feels… unnatural.

I will face Monsieur Buzachardo, who dared to accuse all Italian knights of cowardice. He’s either a liar, or he probably never crossed swords with one, in which case it’s about time he stopped talking and started fighting.

My mind goes back to my Master Fiore’s teachings, not a day starts without thanking the Omnipotent for allowing me to be his scholar, and I pray for Him and for my Lord Francesco, for my Family and for Glory. In Nomine Domini.

PREPARING FOR THE DUEL

I glance at my adversary, it’s time to add a new victorious page to the book, the arms are still sheathed but in my head they are already swinging, parrying the Frenchman’s blows and hitting back, twice as hard and twice as fast.

Duelling would be a rather fine affair if it wasn’t for all the pomp and ceremony preceeding the action. The Da Carrara are rather sober compared to Francesco Gonzaga’s standards, but still.

As I’m about to mount my steed I see Boucicaut, the arrogant scoundrel, launching an attack. He obviously knows that surprising me off guard is his only chance at defeating me. But he obviously doesn’t know that my guard is never off. As he drags me off my horse – horseback duel was his idea, maybe this was all planned? – I hit his neck with my lance and then I dodge a metal-clad fist before regaining my balance and drawing my sword.

It all goes so quick I barely have time to register it, and the Lords of Padua and Mantua pull me and Boucicaut apart. So much for honour and courage! I came for a duel while all he wanted was a tavern brawl. 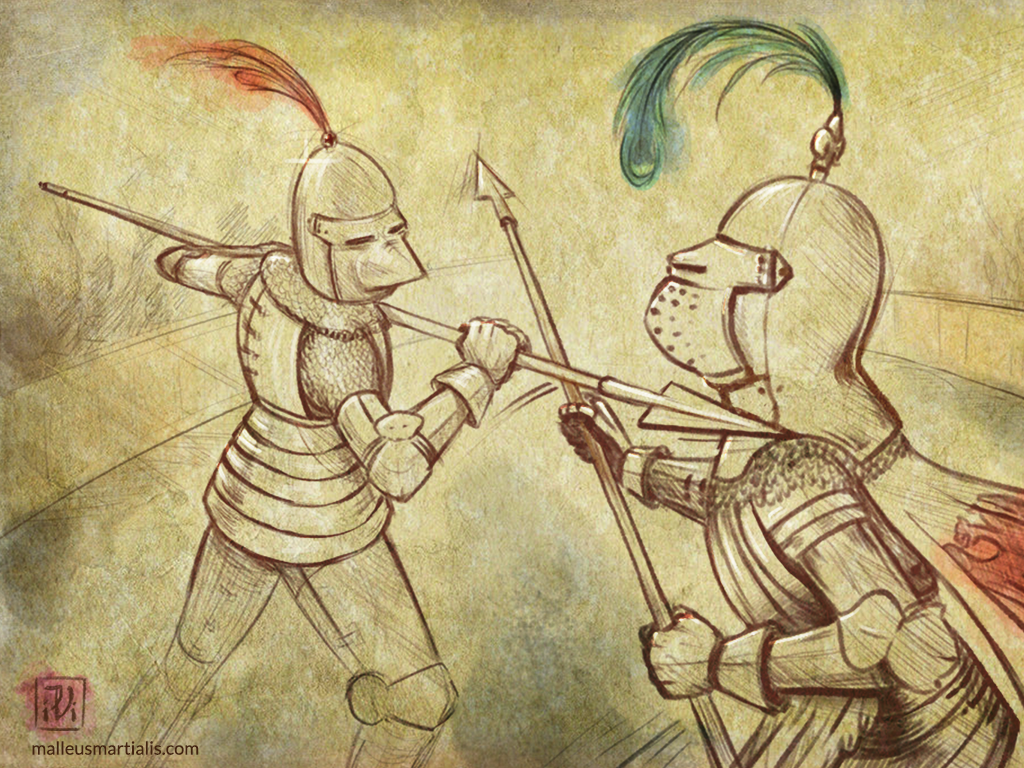 Is your fame all just a parade, Marshal?

Where is your prowess with a sword that made your name known? Show me that you are not a coward and challenge me again, this time not with punches and shoves, but in a noble sword fight.

Galeazzo and Jean met again in 1406, eleven years later, and the Mantuan condottiero finally had his victory, while the French marshal swore never to wear a visor on his bascinet from then on.

Anatomy of the Sword – Part I