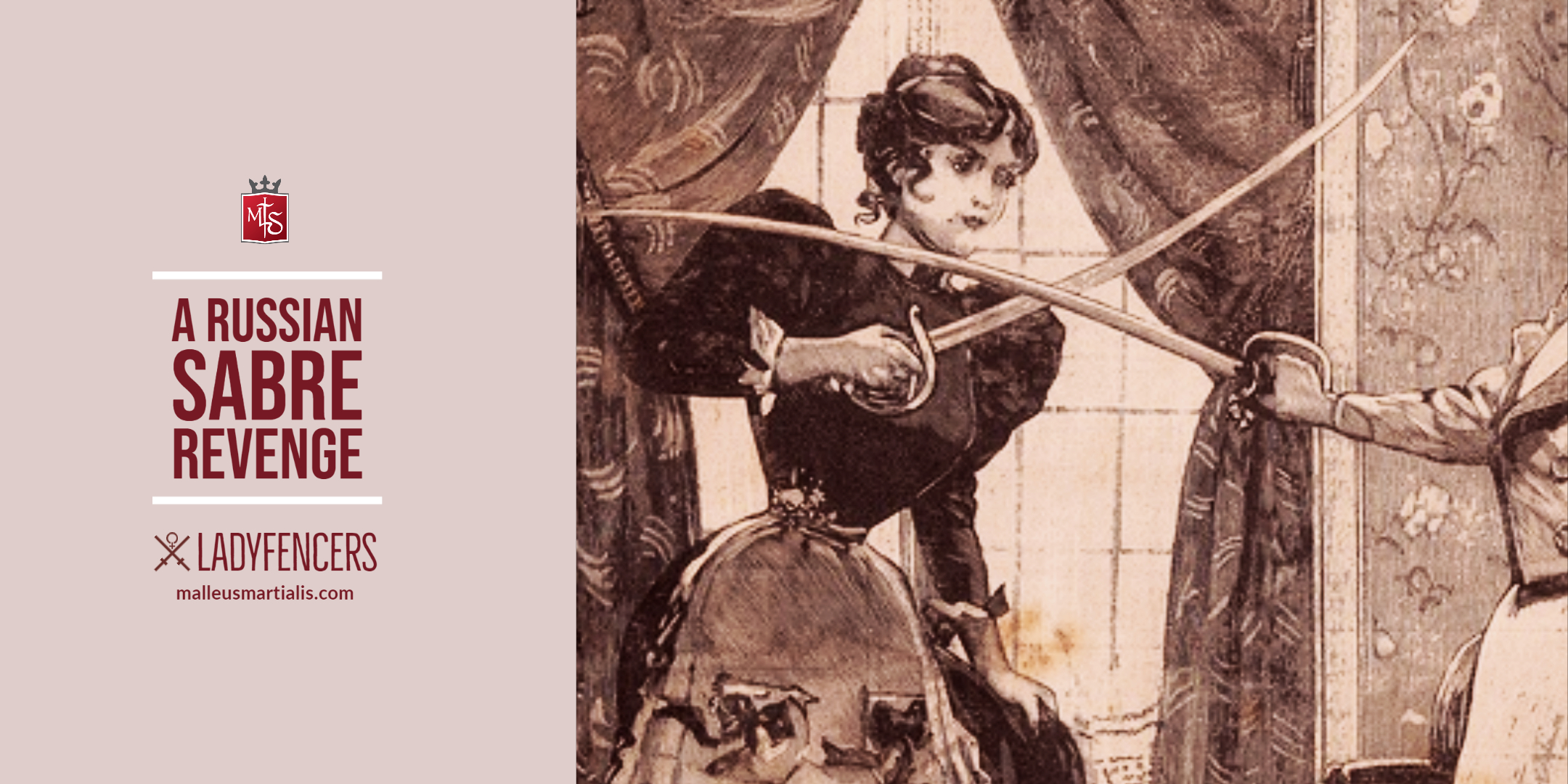 Women duellers in the past were quite rare, but not impossible to find. Digging through dusty books and oral history we found more women who grabbed a sword and mastered the art of fencing than official account care to remind us.

This is exactly why we created this Lady-Fencers series, to celebrate those peculiar and avant-garde personalities, with blade in hand, through history! We find their stories not only inspiring – it took guts for a woman to hold a sword in those centuries when the meaning of the word “ladylike” was set in stone – but also amusing, mostly due to the reactions of their contemporary men.

Today we’ll tell you the story of not just one, but two all-female duels.
This is the story of a Russian Sabre Revenge.

They both were healthy property owners, in a province halfway between Moscow and Kiev, and while the Zar Nicolaj I was fighting back the Ottomans with thousands and thousands of soldiers, they were very busy: quarrelling!

God knows why: but they were neighbours and you know how it is. While you might decide to send a stern message to your neighbour that went on all night with a loud barbecue they didn’t. They had their husband’s cavalry sabres at hand, so why not just settling the beef by crossing swords?

Apparently the only thing they managed to agree on was the field: The Birch Grove.
Olga was expecting to spill the blood of that annoying WITCH on the ground, once and for all!

The day came. The trees were whispering in the early morning.
Heavy steps approached the battlefield, they weighed like the thousands of Russian soldiers in the War against the Turks. They met with their respective 14 years-old daughters, and the daughters’ governesses as seconds.

According to the Code Duello, the seconds encouraged the mistresses to reconcile and avoid the fight. But the ladies were so riled up that the poor governesses nearly got skewered on the spot.

The fight was brutal. Short but incredibly violent. Olga was hit in the head with a blow so hard and precise to kill her instantly, but not before slashing Ekaterina at the stomach, a fatal wound that would kill her slowly and painfully.

But this story wouldn’t be ended so juicy without another bit of spicy vengeance.

Of course you expected more.
Someone was plotting in the dark. Someone was ready to fight back.
– Beethoven 5th Symphony intro sounding in the background –

5 years later, in that same birch grove, another gauntlet was thrown down.
Because you know, history repeats and we never learn from it.

Alexandra Zavarova and Anna Polesova stood up, facing each other in anger.
If those surnames sound familiar is because they literally are!
The previously mentioned daughters grew up and possibly thought of little else than avenging their respective mothers.
Holding sabres, and with the same governesses as seconds – who, this time, wisely ignored the Code Duello and refrained from trying to stop the duel – they re-enacted the fight, this time with a clearer outcome.

Alexandra killed Anna and redeemed her mother Olga’s honour. And doing so reminded us that the difficulties of neighbouring relationships know no geographical, cultural, or chronological boundaries.

If you enjoyed the story about this Russian Sabre Revenge you might want to check out our LadyFencers series, which we started recently on our social media channels, where we handpick the most peculiar women in history – from noble-hearted ladies to downright nutjobs – who left funny or epic stories behind, for better or worse!
Follow us! → Instagram | Facebook

Share:
How to start a smithy and how to learn the skills of the trade